We began with a passion for lobster...

Peggy’s Cove Lobster was founded in 2017. After 18 years of serving Lobster on board our world famous Lobster Dinner Cruise in Lunenburg and Peggy's Cove.

If you haven’t eaten Lobster in the world famous Peggy’s Cove cooked the traditional way, then you haven’t really eaten Lobster. Nova Scotia lobster is world-famous – and for good reason. We have some of the most fertile lobster fishing grounds, not just in Canada, but in the world!

Peggy's Cove is renown for its Lighthouse but it is also the most famous fishing village where locals still make a living on the water. You can dine aboard Peggy’s Cove Boat Tours for a Lobster Dinner Cruise or you can pop over to Peggy’s Cove Lobster on the same property as the Breakwater Inn and learn how to cook lobster or grab a lobster roll, sit down, relax and enjoy your meal in the center of the Cove. 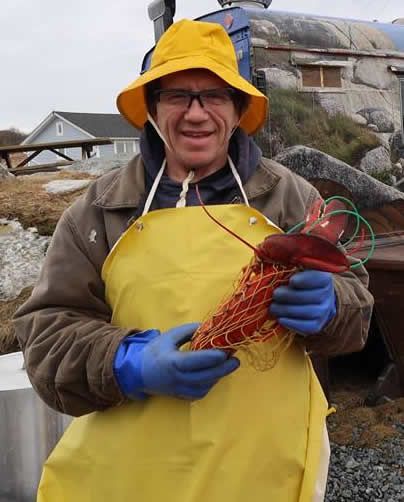 How To Cook Lobster

Lobster is so naturally delicious that it’s best when prepared simply. The traditional Nova Scotia method is to STEAM lobster in a pot of saltwater, from the ocean. You can eat it hot or cold! Come on over and see us, we'll teach you how to become a lobster chef in just 12 minutes!